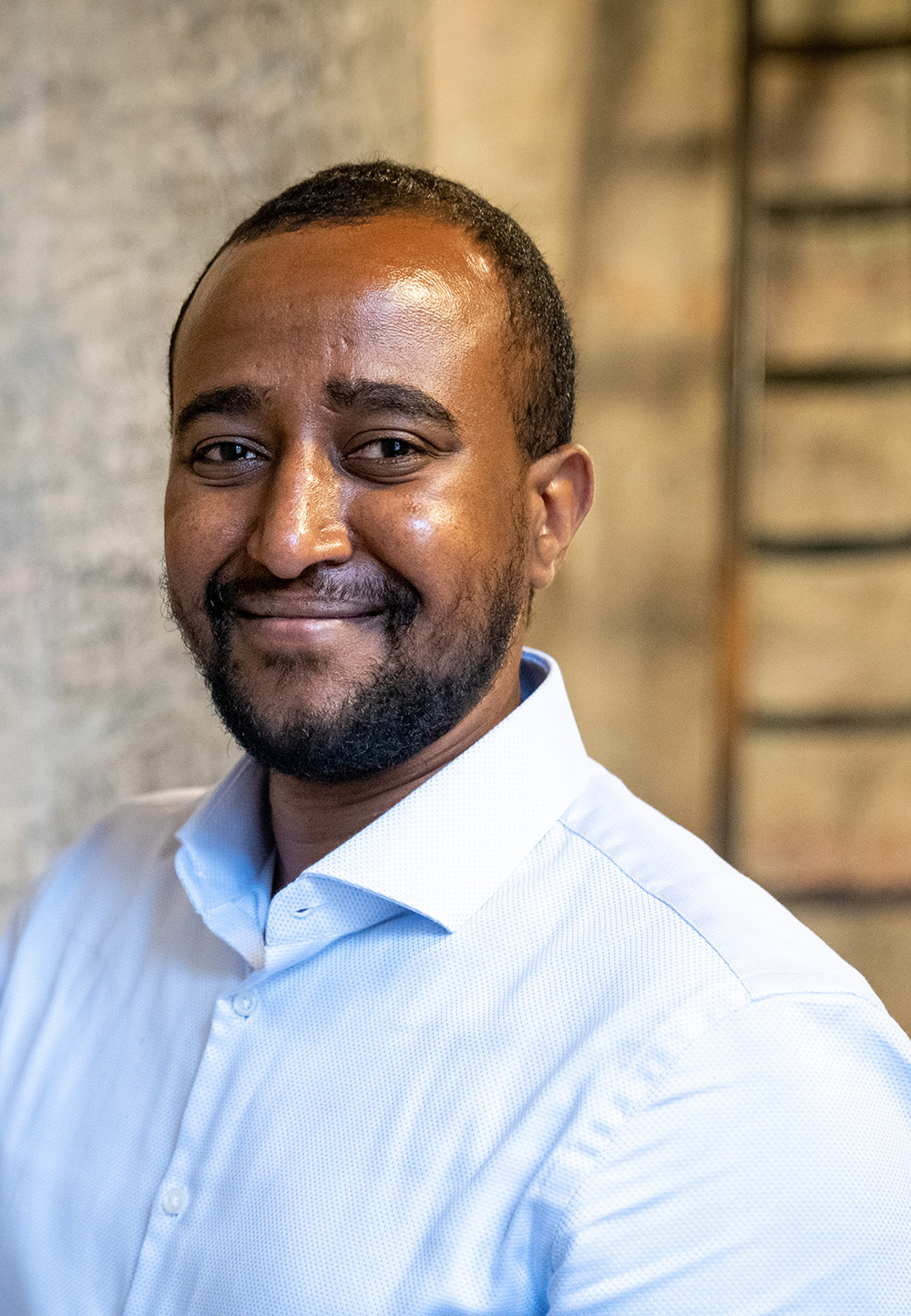 Ephrem grew up in Ethiopia. He was raised by his grandparents. In a continent where the majority barely make it to their 60s and 70s, he considers himself lucky to be raised by his grandparents who are now in their 80s and 90s. In Ethiopia, older people rely on their children and grandchildren for care and the formal elderly care system is not well developed. When Ephrem was young, he saw a lot of elderly people living in the streets. He thought: ‘I don’t want my grandparents to become like that’. In this way, his grandparents inspired him to join medical school.

When in medical school he started working with vulnerable groups at a refugee camp. This was the first time he put the lessons from his education into practice. He realised that care was much more than what he had learned in books. He learned that healthcare service is teamwork and that just the skills he had learned during his studies alone wouldn’t save patients lives. It would be the interplay of his medical background together with the knowledge and skills of the nurses and other team members that would make the care good.

A change of perspective

In the refugee camp, he met a Dutch girl who he fell in love with and a few years later, he moved to the Netherlands to live with her. He wanted to continue his career as a doctor in the Netherlands, but as the healthcare systems of the two countries are so different, this would require years of extra education. Finally, he decided to join a master’s program, Vitality and Ageing at Leiden University. In Ethiopia, elderly care is considered a “luxury”. Now, he had the opportunity to study ageing and elderly care in an ageing population with a well-developed healthcare system. At first, he was fascinated by the Dutch healthcare system. The autonomy patients had, the high quality, the ultra-specialisation, but also the costs..He thought to himself: “Is this sustainable?”

“I went volunteering in a nursing home. It was a shock. I didn't know that everything was institutionalised. I saw a lot of people sad and lonely, like they were being dumped…”

He also realised that the role elderly generally had in society was different from his home country.

“Here, children are at the centre of the family. In Ethiopia, it were the elders.”

Growing old as a migrant

As a migrant in the Netherlands, Ephrem could understand how growing old as a migrant in the Netherlands could be difficult for some. He saw how these people had difficulties with expressing themselves and how they would isolate themselves. This is when he decided to start ‘Tale Talk’. Through Tale Talk, Ephrem brings elderly people with a migration background together to talk about their experiences in the Netherlands and in their home countries. It is difficult for older migrants to build up social contacts and give meaning to their lives in a society that functions very differently from the one they grew up in. Tale Talk aims to make that a little easier. Healthcare is often a topic of discussion. Elderly migrants tell him that they find it difficult to access care. Mostly because of a language barrier. Their needs are less understood as they require more time to explain themselves but there is no time scheduled for this.

“My general practitioner does not have enough time for me. I say a few things and he reacts and goes on to the next appointment. In Ethiopia, stories are given more importance. Here, they won’t allow you to tell the complete story.”

Not surprisingly, Ephrem has been thinking about what growing old happily means to himself:

“There are many components to ageing healthily and successfully. I believe your purpose is more important than your physical health. Next to that, I believe connection is the most fundamental element of life. I think growing old happily means looking forward to what is coming.”