Ageing population, especially care of elderly is a serious social challenge commonly faced by the EU and Turkey. When carefully examined, some cultural differences are observed between the approaches of the EU and Turkey towards the ageing and the systemic interventions for the ageing population. In Europe ageing is regarded as a serious social problem for a long time while it has only recently been acknowledged as a public concern in Turkey. On the other hand, the research in the field indicates that when elderly care is referred, economic, social, cultural and political contexts of countries should also be taken into account. Elder people are at higher risk of receiving poor quality care and experiencing negative health consequences when healthcare professionals, medical institutions and systems do not promote and provide culturally competent care.

Güven Education and Health Foundation was deemed a responsibility and duty of top priority and works were sustained without interruption. The year 2019 is an important milestone for the foundation. Without deviating from target of social benefit, the foundation took a step from the axis of charity to an effective non-governmental organization that aims to bring solution to social problems parallel with the global transformation. To that end, scientific researches, local and international cooperation and projects getting support from those processes are conducted especially in fields of health, cultural and economic development. Similarly, the foundation carries out works to contribute to democratic process both in public administration and at local level.

Kennisland researches and designs social progress. We are an independent group of academics, strategists, researchers, designers, prototypers and lobbyists. Kennisland excels when dealing with complex situations that affect everyone. Instead of allowing ourselves to become paralysed by the complexity of social problems, we roll up our sleeves and get to work. Because we are not just a think tank – we are also a do tank. We make society smarter, more social and more creative through practical experiments with new opportunities for the future – because this is the only way of finding the best answers and questions. We apply what we learn in practice to improve that same practical environment. Whatever we do, we do it together with those directly involved. We harness the knowledge and experience of people closest to the problem. These include teachers, nurses and residents, but also policymakers, politicians and scientists. Together with these stakeholders, we experiment to develop future-proof, positive change that benefits society as a whole, rather than just the happy few.

How (the picture of the methodology)

Methodology of the project oriented to bridging different cultural perspectives and finding new ways of working and cooperation. This approach is a form of action research that combines learning and change. The action researchers do not only focus on research, but also design solutions while acting (and subsequently investigate whether they achieve the desired effect). This dynamic and inclusive form of research combines research, learning, experimentation and change. The people who are involved in the issue in all kinds of different ways play a leading role, resulting in a wide support base: for example, CSO representatives, professionals, individuals, leaders of organizations, experts and policymakers. We explore the issue together, design solutions while experimenting and jointly assess its effects. It is essential that those involved not only acquire new knowledge, but also reflect on patterns that may or may not hinder them.

Elderly care in the Netherlands and Turkey: a common challenge 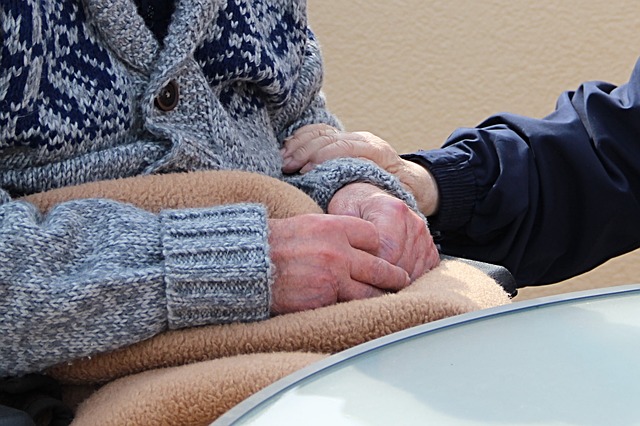 For a fish in a bowl, it's hard to understand what water is. After all, you can't leave and consider it from a distance. With this in mind, we initiated a learning dialogue between the Netherlands and Turkey to discuss elderly care. The objective was to gather new ideas from another (cultural) perspective about how we can deal better with our ageing population and the resulting elderly care needs.

The Netherlands has a highly specialised and differentiated elderly care system. Other countries, including Turkey, greatly admire this system, which supports and cares for people in six “steps”: from primary care to admission to a care home or nursing home. Different criteria and health insurance legislation apply to each step. A large part of our government budget (around eighty billion Euros) is spent on healthcare, with thirty billion of this spent on elderly care. There is also informal care, which in turn is supported by respite care. It is expensive, but it works. The question is whether the way we have arranged elderly care really works for all stakeholders and whether older people – now and in the future – are satisfied with the system.

A recently published report by the WRR (Scientific Advisory Council on Government Policy) (in Dutch) sketches an alarming doom scenario for the future of care in general and the consequences for society if we do not take action. With this dialogue, we aim to investigate which underlying beliefs, standards and values are preventing us from dealing with our ageing society in a different way.

Just like the Netherlands, Turkey is faced with an ageing population, although there are different problems and challenges to be addressed. For example, elderly care in Turkey is also an emancipation issue, as women are generally responsible for caring for the elderly. This is holding back the improvement of their position in the labour market. Turkey can probably learn from us about the emancipation of women, while we have a lot to learn from Turkey about respect for older people.

There are major demographic, cultural, political and social differences between Turkey and the Netherlands. To learn from one another, we must thoroughly explore the differing contexts, standards and values. While our initial work focused on desk research, we have now begun a real conversation: a learning dialogue. On 15 October, we began with an inspiration session that laid the foundation for a dialogue with professionals and experts from Turkey. We are also collecting stories and perspectives from both countries about how people experience elderly care, the sticking points and whether different approaches and methods are possible.

Focused on the individual rather than the community

The Netherlands is an individualistic country. We see the interests of the individual as more important than those of the group. Every individual here has the right to live their life as they see fit. This can also be seen in how we care for elderly people, who prefer to live independently at home for as long as possible, with autonomy and control being valued above all else.

Turkey has a collectivist culture that focuses on the group. In general, there is a strong loyalty to family, friends, neighbours and the country itself. Family and others in the community – generally women – commonly take responsibility for long-term care for the elderly. There is also a much clearer division between men and women in Turkey than in the Netherlands. Only 32% of women between the ages of 15 and 64 do paid work, compared to 71% in the Netherlands. Excessive domestic chores and a lack of access to education prevent women from entering the labour market, or compel them to work in temporary jobs or jobs without social security. Turkish women often spend the last years of their lives alone, as they live an average of six years longer than men. All these factors make elderly women financially and socially vulnerable.

Although Turkey still has far to go, progress towards emancipation is being made. More and more women have access to education and have careers. Combined with the rapidly growing elderly population, this trend means that Turkey, just like the Netherlands, needs new forms of elderly care. However, the institutionalised care for elderly people remains underdeveloped. Can they learn something from the Netherlands?

Another notable cultural difference is the attitude to older people. For example, in the Netherlands, the corona crisis has given rise to the regrettable term “withered wood”: vulnerable older people who are not capable of surviving the virus. Elderly people in the Netherlands are often seen as “vulnerable” or in some cases even as “a burden” or at least “a concern”. In this country, retiring means a loss of status. In contrast, there is a deep-rooted respect for older people in Turkey. They have plenty of experience, are wiser and thus have authority and prestige, because they are old. This differing perspective also leads to a different approach to dealing with older people. What can we learn from this? 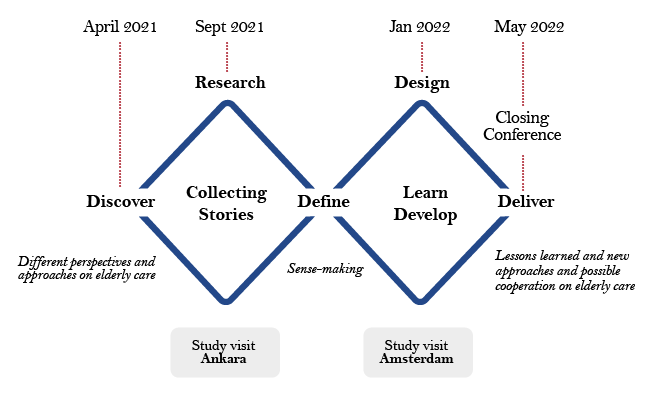