The Project "A Common Challenge-Two Different Cultural Perspectives" Has Been Launched. 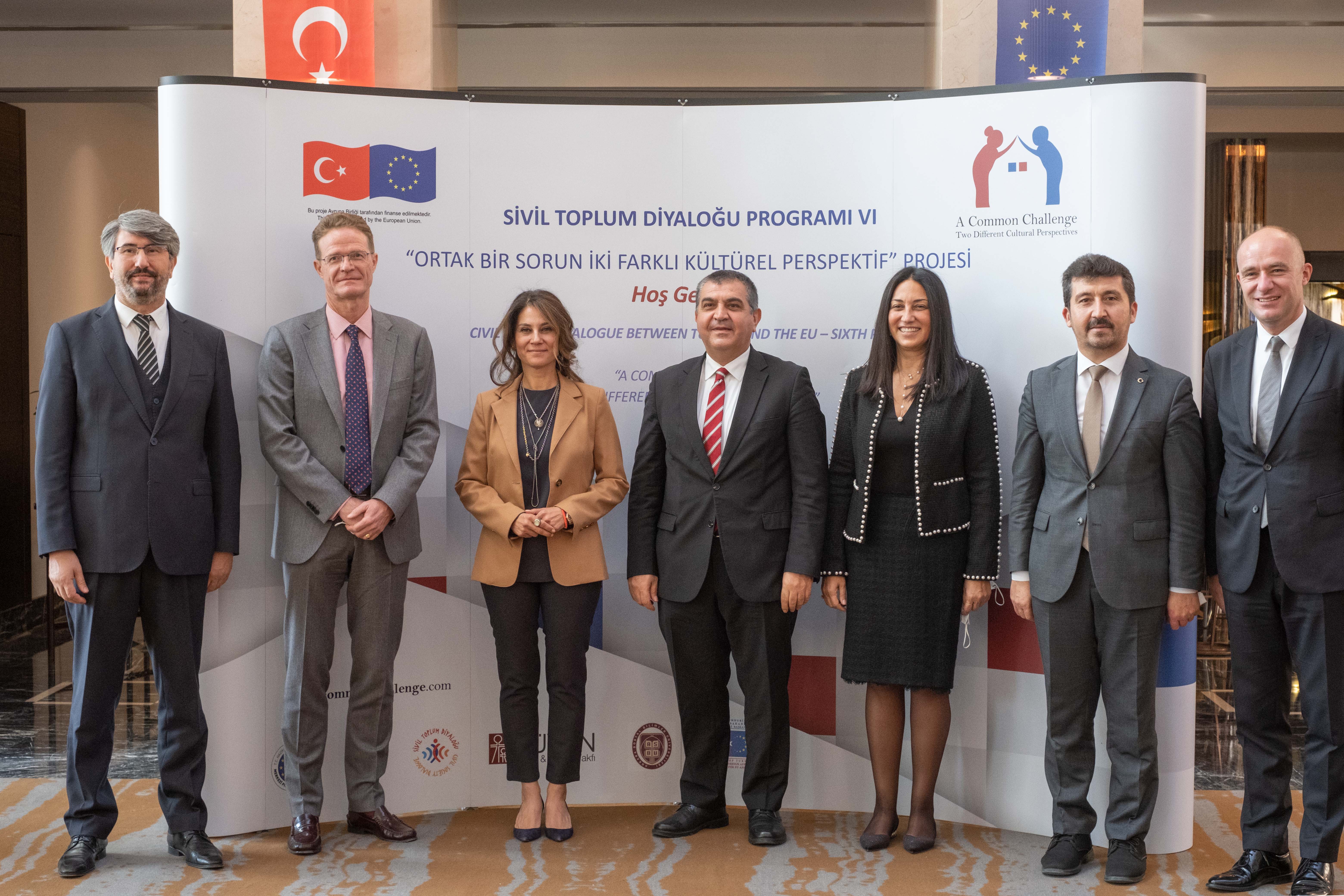 The opening meeting of the "A Common Challenge-Two Different Cultural Perspectives Project”, which is being carried out in collaboration with the Güven Education and Health Foundation and the Kennisland Foundation from the Netherlands and is supported within the scope of the program titled “Civil Society Dialogue Between the EU and Turkey”, was held on 8th November in Sheraton Ankara Hotel.

Iselien Nabben, Project Coordinator of Kennisland Foundation, and Dr. Ejder Yelken, Project Specialist of Güven Education and Health Foundation, who provided information about the Project, emphasized the importance of the Project in reviewing approaches to the elderly population in the Netherlands and Turkey and exchanging information between the two countries.

"We have evolved into a powerful non-governmental organization."

"The foundation evolved from a charitable organization to an effective non-governmental organization focused on finding solutions to social problems as a result of global changes. We are quite proud of ourselves for taking such decisive steps forward on this journey. For a long time, the growing elderly population has been regarded as a serious social problem. We are all aware of the official statistics on this point. Studies on this subject emphasize the importance of taking into account a country's economic, social, cultural, and political dimensions while focusing on elderly care."

"I hope it serves as a model for other non-governmental organizations."

According to data from the Turkish Statistical Institute (TÜK), Associate Professor Tolga Tolunay, Deputy Minister of Health, elderly people account for 9.5 percent of the total population. Tolunay states that this ratio is expected to increase from 9.5 percent to more than 20 percent by 2020.

"These statistics demonstrate that the aging of the population which has resulted in an increase in the number of chronic diseases and the need for long-term quality care services, has become a serious concern. The project, which was conducted jointly by Güven Education and Health Foundation and the Netherlands' Kennisland Foundation as part of Güven Education and Health Foundation's studies on the aging population, is regarded as a significant step forward in the field of elderly health. I wish that a project based on elderly care services in the Netherlands and Turkey and involving mutual experience sharing would serve as a model for other non-governmental organizations and that the number of such projects would continue to grow."

"The issue of elderly care is a litmus test for the entire continent."